Ever since the start of 2020, the concept of streaming has been a big market, especially for entertainment companies. However, in 2022, animation seems to be dragged through the mud by these corporations.

There was a lot that went down in the animation industry.

First, it was sheer disrespect for the medium, now being treated as money savers or tax write-offs. What’s going on this year for animation? Do companies just not care for the artform anymore?

Well, it’s a mixed bag of responses. And we’ll be checking out all of them here.

The 2022 Oscars were definitely different from the presentations before it. Aside from the strange remixed ‘We Don’t Talk about Bruno’ performance and the Will Smith slap, it was also controversial in a different way: its discussion about animation.

The Oscars aren’t strangers to being cruel to animation. In the 1990’s, when Disney’s film ‘Beauty and the Beast’ was nominated for best picture, the Oscars made a completely different category just for animation nominees, just so an animated feature couldn’t beat Hollywood’s live action films.

From the site Mashable, who have documented the event, mentioned the bits from the three hosts of the event. The common pattern from their bits are all references to animation just being for kids.

When presenting the award for Best Animated Feature Film, Halle Bailey said, “Animated films make up some of our most formative movie experiences as kids.”

“I see some parents out there know exactly what we’re talking about,” said presenter Naomi Scott.

The argument of animation being ‘just for kids’ is a long standing one, and remains controversial within the animation industry.

Suffice to say, this years’ Oscars left a bad taste in practically everyone’s mouths. But sadly, this isn’t the last time animation would be disrespected this year.

Netflix and their Animation Layoffs

Starting in May and until June of 2022, Netflix began laying off over 300 of their employees, in addition to the 150 they let go in May. Not to mention, its staggering decrease in revenue.

However, this isn’t the only thing they’ve done to get their revenue back and for ‘business reasons.’ It’s a shocking one that left the whole animation community in awe, and not in a good way.

Within the initial 150 employees that were laid off by Netflix, a good 70 of them were animators. Along with this, up to 10 different animated shows have been canceled by the streaming conglomerate.

One of the biggest waves amongst this whole debacle was the cancellation of the TV adaptation of Jeff Smith’s comic ‘Bone.’

According to Jeff himself on the site Polygon, he’s been trying to get Bone a series for a while now, but with Netflix’s cancellation of the project, he doubts the show will get anywhere now.

“They’re [Netflix] like, “We’ll do it as an animated serial. We’ll follow the book and it’ll unfold in much the same way that it did in the chapters of the comics.” So I was like, “Well, all right. I guess you do kind of get it.”

‘ We’re in the writing process. I will never allow myself to believe it’s really going to happen until it’s actually on TV [laughs]. I’ve been through it too much. So I can’t just say, “Yeah, it’s going to happen.” But it is going to happen. I’m pretty sure this time.”

The only good thing about the whole situation is the mere fact that this won’t mean Netflix won’t be entirely giving up on animation.

But either way, it’s still a horrible situation. Especially the loss of so many people’s jobs they relied on for a living.

And yet, Netflix isn’t the only one who’s giving the finger to their animation department. There’s another company that’s doing all the things Netflix is, but on an almost even grander scale.

So, here’s a small bit of background on the situation.

A man by the name of David Zaslav  had an idea- to merge Warner Bros. and Discovery. However, this was a business plan to save themselves from a $3 billion dollar debt.

Along with this, came rumors of the streaming site HBO Max shutting down due to the merge. And in August early August of this year, came with the purge of multiple shows off of HBO Max.

A majority of which, being animated shows from Cartoon Network.

This caused a massive outrage, and especially on Twitter. A lot of people big within the cartoon and animation community spoke about the big cartoon purge.

One of the biggest voices about the situation was Owen Dennis, the creator behind Cartoon Network series ‘Infinity Train.’ He’s spoken out on on his website about the purge, including what’s going on with the ‘Infinity Train’ team.

Which is strange enough, but when mentioning about the great purge of several shows off of HBO Max, Owen had this to say:

‘No idea. I’m told from various sources that this wasn’t supposed to happen until next week sometime so that Cartoon Network/HBOMax/etc could have time to tell all the show creators and artists what’s going on.’ He says on his site.

‘That’s obviously not what happened, and now this is where that disorganization has gotten us. Cartoon Network warned them not to do this as it would hurt relationships with creators and talent, but they clearly do not care what any of this looks like publicly, much less about how we feel about it.’

The original word was that it was an effort to save money by cutting a lot of the shows on the site. However, Owens updated the site with a clarification about artists’ payment:

‘The general consensus is that it has something to do with paying animators and artists their residuals that they’re owed for their work.’ Owens reports. ‘You will sometimes see an argument online of “well they were already paid the artists to make it, so what are they complaining about?” Do not listen to someone who says this because they either don’t understand or don’t care about what our pay structure is.’

‘Our pay is not complete without the ongoing residuals. Those residuals aren’t paid directly to the artists, they actually go to our union to pay for our healthcare. So not paying artists residuals on their work means they are indirectly defunding our healthcare.’

‘This also means that music and actor residuals will stop. For reference, the first quarter of this year I made $388.45 off of residuals from voicing One-One. We’re not talking about a whole lot of money here, that’s the equivalent of the studio accidentally buying an extra office chair.’

This is to clarify all the misinformation surrounding the situation. Such as sites like CNBC claiming all the shows were removed due to infrequent watching.

Which doesn’t exactly make a whole lot of sense. Considering a lot of these shows Warner Bros. Discovery pulled were shows with massive cult followings, surely there’s more to this than meets the eye.

Sadly, with not a whole lot that the public and the creators of the properties can do, people can only hope for the best that the industry can improve.

However, with everything going on with the merge and everything being so messed up, we can only hope that change can be made.

Who knows? Maybe someone will speak out against the way that animators are treated in the industry. Maybe one day things will change and animation can have a year where it will thrive.

Maybe one day, animation won’t be seen as just a kids’ medium for quick entertainment. One day, it’ll be treated like a real artform, and will let the creative- well, be creative. 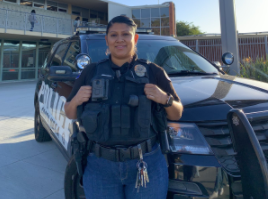 Get to know Officer Peralta