The Painted Lady butterflies are migrating over Southern California, following their yearly pattern. However this year is extra special, as the butterflies are having a mass migration. This year’s sheer amount of extra rain is causing this amazing phenomenon. The Painted Ladies lay their eggs along the Mexican border, where plants have been flourishing. The caterpillars have an abundance of food, so more of them survive to adulthood. They are migrating north to the Pacific Northwest, usually in two or three generations. The butterflies have a maximum lifespan of about six weeks, however most only make it to about four weeks. They reproduce farther up north where the vegetation is much denser and more abundant, so the second wave of the migration usually is much greater than the southern migrations.

Why is this important?

California is going through the most devastating butterfly crisis this state has ever seen. Monarch butterfly populations have dropped 85% from 2018 and have had a 99.4% drop over the last 40 years. The specific cause of the loss of butterflies has not been identified, however there are a few possibilities. Urbanization, or the spread of urban areas, has taken over open land that butterflies used to feed on. Also, the extra carbon dioxide in the atmosphere is making the milkweed that monarchs eat too toxic and the milkweed you can buy to “attract them” is not the species of milkweed they typically eat. Higher temperatures are causing their summer breeding grounds to move north, changing their historic migration routes. The Painted Lady butterflies also took a substantial hit to their population in 2018 as well. The abundance of butterflies this year is great to try and replenish the overall butterfly population in California.

CMHS Theater: Behind the Shows You Love 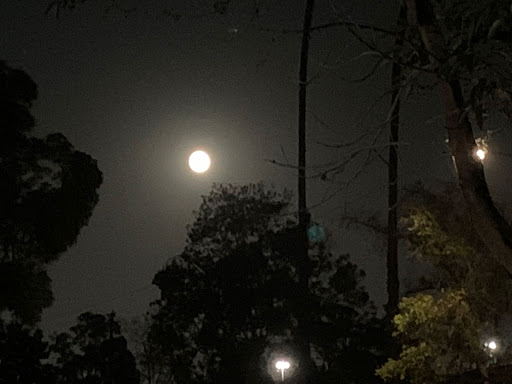 The Harvest Moon: When Was it and What Does it Mean?