What is Coral Bleaching?

To start off, this is not one of those global warming and you need to care and stop taking 15 hour showers type of article. This is simply an educational article for those who need more support when trying to learn new things.

Coral is in fact an animal; it's a soft textured hard skeleton that lives in groups or colonies called reefs.

These alluring habitats are made up of many plants in the ocean, mostly coral. Radiant, glowing, flamboyant fish and other aquatic creatures live in those waters.

Why should you care about these reefs? Well, that's up to you.

Maybe you should care for all the other people, including yourself, who like art, or like going scuba diving every summer.

Maybe you should care because you like animals and you feel bad for the poor fish living there.

Or maybe you’re just a person who cares for our world. You make your decision.

Dead Animals Corpse In the Water

This coral in the picture above was once a healthy animal that housed many vibrant fish but now is dead. Why you might ask?

The coral is stressed.

The coral isn’t literally stressed over actual things like you and me stress over, like 30 missing assignments before the semester even started, but from working to keep themselves alive.

Coral gets stressed from the temperature and the environment changing because they can’t thrive when there’s too much heat in the water.

So they die from working too hard.

But what causes these corals to die so suddenly? 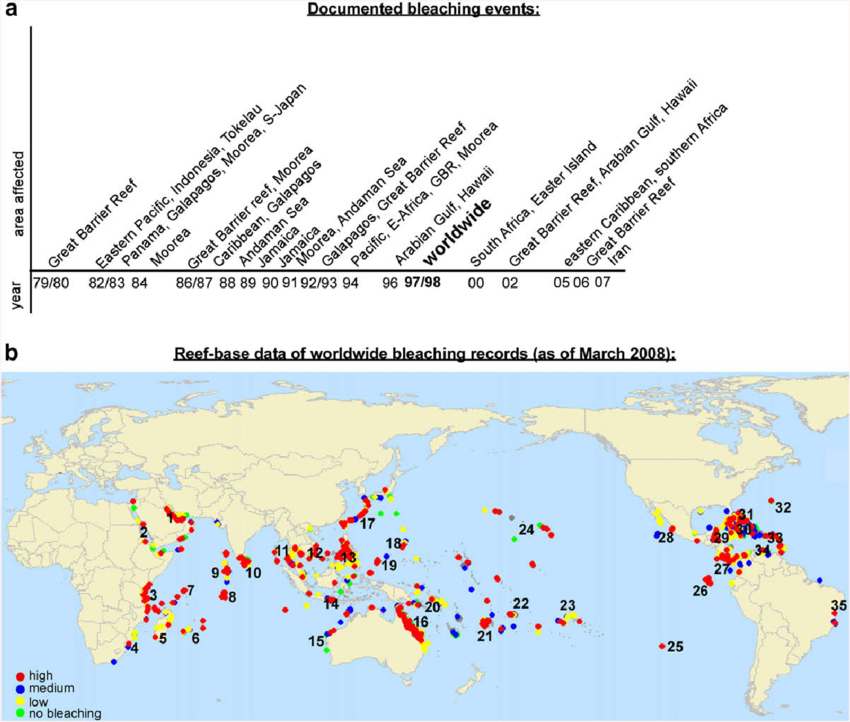 Let's break all that up.

Water pollution is when the water gets contaminated.

Usually, humans have a lot to do with it, like dumping chemicals, trash, and oil into the ocean. Sometimes, the environment itself can get polluted with other bacteria and parasites. But mostly it’s humans.

Next, overfishing is when people fish for a certain fish faster than the population can reproduce.

Because of this, a species can become underpopulated or even extinct, which means they’re gone forever.

Coastal development is when humans build things such as homes, hotels, restaurants, and roads on beaches for tourism.

This also includes other things such as beach renourishment, seawall construction, and oil platform construction. Just remember, it's just when humans try to fix things that don’t need fixing.

Another main cause for coral bleaching is climate change, whether the temperature is too high or too low.

Each of the fossil fuel companies’ products deposit more acid into the ocean. These oil companies get rid of oils and other waste by pumping it into the aquifers that are supposed to be protected by federal law.

Fossil fuels pollute the earth with more CO2 or carbon dioxide than needed in the atmosphere. This is called the “greenhouse effect”.

It's when there’s too much carbon dioxide from all those fossil fuel companies’ products we use to power our cars and other companies get trapped in our atmosphere (like a greenhouse traps heat).

How this works is, during the day the sun shines through our atmosphere keeping us nice and warm. And at night the Earth releases this heat and cools us down.

This is how things are supposed to work.

But, because of our fossil fuel companies, our cars, electricity, and more, we create too much for the ocean to handle. When that happens, the ocean absorbs the excess ocean.

Ocean acidification happens when a lot of carbon dioxide dissolves into the ocean, causing a bunch of chemical reactions.

It makes more hydrogen ions, which is a group of hydrogen atoms, and that increases the water’s acidity. Because of the increased acidification, some organisms’ chances of survival are very low.

For example, plankton, algae, shellfish, and coral cannot grow in a warm environment. A

And if these important producers cannot thrive, the food web crumbles and millions of organisms will be more vulnerable towards predation.

How many Reefs have been bleached?

According to the National Oceanic and Atmospheric Association, between 2014 and 2017 around 75% of the world’s tropical coral reefs experienced heat-stress severe enough to trigger bleaching.

I’m sure you’ve heard of the Great Barrier Reef but, if you haven’t, this is why you’re here!

The Great Barrier reef is located off the coast of Queensland, Australia, and is large enough to see even if you’re in space. The Great Barrier Reef is in trouble because of the ocean’s rising temperature caused by global warming.

Some other reefs that are in trouble are the Seychelles Reef, the Kingman Reef in Hawaii, the Caribbean Coral Reefs, and Southeast Asian Coral Reefs.

These are just some of the many reefs that have been bleached.

And it's not only the reefs that have been affected by the bleaching; the many fish that lived there have had to evacuate and move to another place to find a new home. 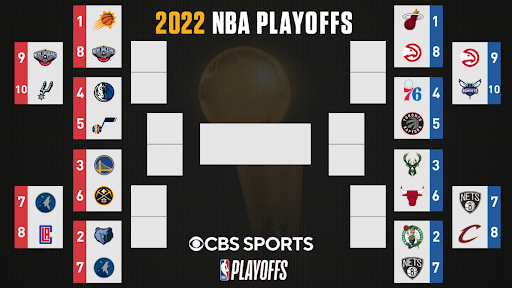 The First Round of the 2022 NBA Playoffs