The internet. It’s a thing that exists.

And anything that exists on the internet, it’ll get some form of weird exposure to people around the world in some shape or form.

Every year has it’s fad, and now, every month has it’s big meme. Sometimes, memes are used to benchmark a year depending on the quality of said year.

In fact, it was even considered the golden era of Youtube, which was riddled with iconic memes that defined the site back then.

One meme in particular is not only the most widespread, but the most mysterious.

What if I told you that an old Swedish band from the early 2000’s got one of their songs turned into a nightcore remix, got widespread attention from Japan, got turned into a meme there, found its way to America, became a meme here as well, and now, is associated with Japan because of it’s strange anime rebranding? 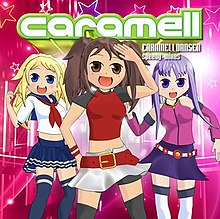 And it’s a lot more confusing than that, I’ll tell you that much. But I feel we should break this meme apart, and dissect it for what it’s worth- a strange internet memory.

Let’s go over a few key terms before we get into the meat and potatoes of this peculiar music video.

Soramimi: A Japanese term used by Japan during this time. It means “mishearing” or “to mishear” something. It’s a theme we’ll get into deeper in this.

Nightcore: It’s a term used for the genre of music started by DJ Speedycake. It’s where you take an already existing song and speed it up, so it's all really high pitched.

Caramell: The original band that started it all.

With that out of the way, let’s begin with the strange origin of the Caramelldansen, along with the peculiar Caramella Girls.

Starting with the company that started it all: Remixed Records, a record label that got their popularity remixing things.

Their humble beginnings started in Sweden, and was founded by 2 DJ’s also from Sweden, who used to be under the title “SweMix.”

Until then, Remixed Records was bought out by a guy named Giovanni Sconfienza.

Under that label, was also all of the songs and singles by the band ‘Caramell.’

Consisting of four members at the time, they made roughly two albums and a lot of singles in the span of the few years they were together.

They’ve been split up since 2003, two years after their second album came out.

So, why am I telling you this?

Well, one of their albums, “Supergott,” had a song called Caramelldansen, which started the nightcore trend, along with the big meme.

Of course, it’s a lot slower than the one we mostly know, but this was 2001 we’re talking about. You had to wait for the meme to get any attention for seven whole years then.

But, how exactly did it become a meme? We obviously know that it was because of a nightcore remix Remixed Records monetized, but how exactly?

Long after Caramell split, and by “long” I mean roughly 5 years, Remixed Records ran into a strange problem- they recently acquired a remixed version of a song on a website called “4Chan” from a DJ named DJ Speedycake.

But after the acquisition, they didn’t really know what to do with it, all because Caramell split up at that point. So, the only solution to that problem was to start a whole new band.

And that’s exactly what they did.

In 2008, two of the remaining members of Caramell, who also worked as producers, decided to make a whole new band just for the acquired Caramelldansen remix, made by DJ Speedycake onto 4Chan in 2006.

And that’s where the ‘Caramella Girls’ come in.

Surprisingly enough, it didn’t get too much attention from the American audience, but rather, in Japan.

People found and linked it to a dance from an intro to an adult visual novel “Popton”, and thus, the Caramelldansen Dance spawned.

The second thing was when people started linking the dance to the remix, it started an animation meme, where people made characters from different media and made them do the infamous dance.

The third is where it spawned a trend called “Soramiming.”

In Japan, the term “soramimi” was a big trend, which involved taking a song in a completely different language and trying to make it in their language.

In this case, taking a Swedish song, and translating it to Japanese.

Which led it to another meme that made it big from Caramelldansen.

If you take the first few lyrics from the chorus of the Swedish version, it translates differently in Japanese.

One of the lyrics directly translates to; “I don’t need balsamic vinegar after all.”

But what about the U.S.? How did this supposedly big Japanese meme get there?

The Part Where the Caramella Girls Become Relevant

A bit like the way Caramelldansen boomed in Japan, it boomed in the U.S., just in a bit of a different way.

The U.S. didn’t exactly have a trend like Japan, but rather, through the three girls featured in the first music video-- taking the dance they copied from Pomton and applying it to different characters from different media.

But then, people started growing curious about the three girls in the video itself.

Of course, the original Caramell band disjoined in 2003, but Remixed Needed to find a way to breach the newly acquired remix from 4Chan, so, they made an entirely new band for it- a digital band, called the Caramella Girls.

I say digital, because they’ve only appeared in music videos for a few years.

Back when they were first created, they did have concerts, but it was in strange masks and imitations of their outfits.

And after that, they’ve rarely appeared in person. Even in Sweden, where they originated from.

So, who are the Caramella Girls?

Of course, they were made for Remixed Records to cash in on the popularity and monetization of the Caramelldansen meme, but, who are the girls exactly?

Well, there’s three of them, all going by Nadine, Mindy, and Vera. 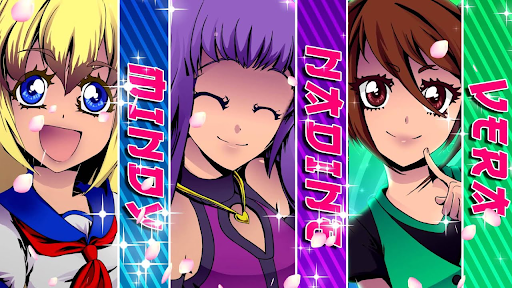 But these three have both been through an interesting fate.

After the explosion of popularity of the girls in Caramelldansen, the infamous “anime” trio have been trying to get into the public eye for years since then.

Although they still remain around, it hasn’t been too smooth exactly.

The original Caramelldansen music video the girls featured in was back in 2008.

The only thing they could do was just release more songs until one hit and stuck with the audience.

One of the songs in particular, the “Boogie Bam Dance,” was one of their bigger attempts, back in 2011.

Despite it being their next single for three years then, it didn’t really shake any new ground. But, that’s not what their Twitter says.

They occasionally reblog and thank fan artists and do a lot of promotion for their songs. If it wasn’t people being supportive of the girls, they were like “Oh, you three are still here. Huh.”

So, not a whole lot of progress.

However, they’re still making music though, although, a tad bit quiet.

They almost shadow drop the songs on their pages, without too much announcement. At least they’re still around.

But, what about the state of Caramelldansen now?

Despite their attempts to get into the limelight again, the Caramella Girls have mostly faded into obscurity.

But, what about the meme itself?

Well, a bit near the beginning of March 2020, Caramelldansen had a bit of a resurgence, but has died since then.

It does get a few mentions here and there, but all the while, it has stayed as a (mostly) dead meme when looking at the bigger picture of the internet.

However, as long as Caramelldansen still exists, people will still talk about it, and Remixed Records will still find ways to make it popular again, and again.

One remix and Caramella Girls redesign at a time.

Only time will tell. 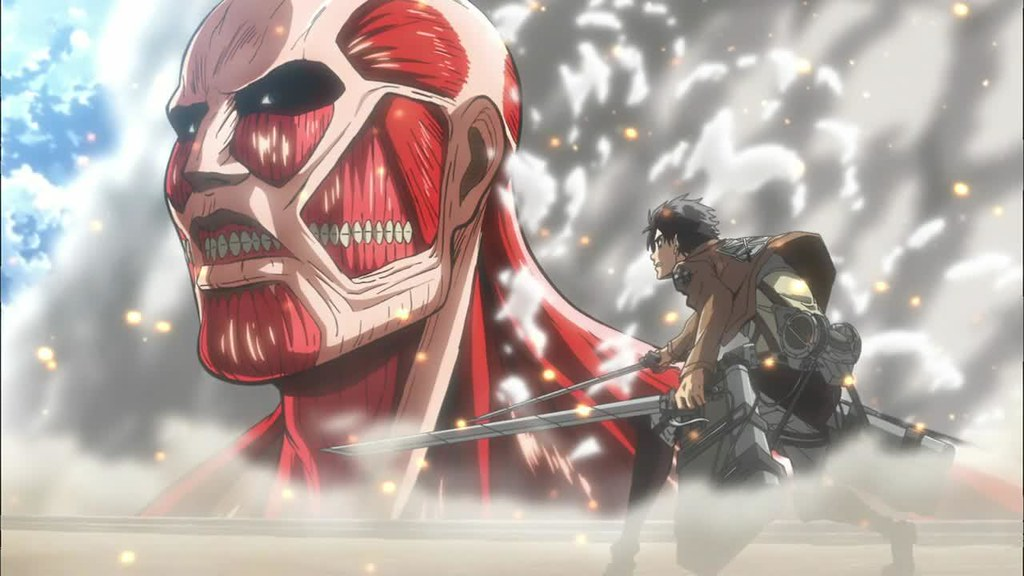 Attack on Titan is Back, and You Can’t Miss it! 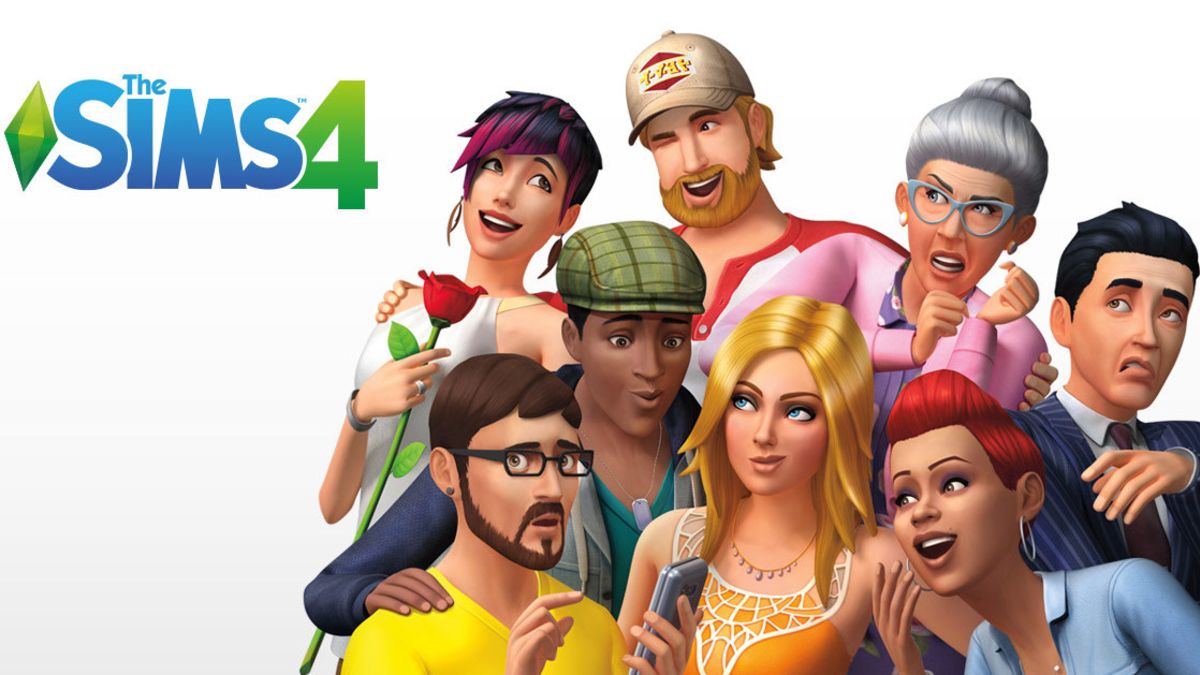