The Latin culture club will have its second meeting during lunch on September 30, 2022.

The Purpose of the Latin club is so students can learn each other's culture, traditions, and experiences. Some of the upcoming club events include Club Rush, Santa's village, multicultural rally and some volunteering work at the soup kitchen.

Apart from the Mesa events the club also embraces Dia De Los Muertos and Cinco de Mayo, where the club will have parties to celebrate.

So far the only club official is the club President, Lesly Villanueva.

The club has yet to vote on vice president, secretary, treasurer, and other club positions that may come up during the second meeting.

So if you're interested in being involved or want to be a club official in the Latin Culture Club, come by Ms. Davalos room, 172 for the second meeting on September 30. For updates you can also check out the clubs instagram @cmhslcc_

Hope to see you there! 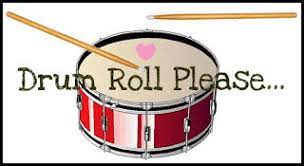 Election Results Are In!