The more we grow in life, the more accepting it becomes to be yourself. However, there are still people who fight against those who are different. Those with slightly different feelings than those expected to be viewed as “normal.”

LGBT+ rights have been a massive debate for centuries. We’ve become more accepting now in the 21st century, but with the rise of the “super straights,” MAPS, and more countries banning same sex marriage, it’s becoming more of a real fight over basic human rights.

What about the past? What happened to the people who were queer back then? Well, to be honest, the people from the 1600’s were more accepting of other sexualities than the people now. So, how gay was history? Let’s see.

Vikings, Pirates, and other Fierce Warriors

Let’s get an interesting case out right out of the gate (or should I say closet?): pirates, vikings, and so many Greek, Roman, and other soldiers from other countries had homosexual behaviors present in their histories. Let’s get the Greeks/Romans out of the way.

Most of Greek culture consisted of artwork, pottery,  and sculptures referencing same sex… you know. Mostly between two males, these works were well known within Greece, and were treated as normal and not the world’s biggest deal until much later on.

Moving on to pirates, they have the most interesting source material to go off of. Back in the day, there weren’t many girl pirates, and if they were, they were usually the captain's girlfriend. However, that didn’t happen until far later. So, what did they do in the meantime while they’re wives weren’t there on their ships? Simple; they got married on their own ships.

Pirates had a thing called “matologes.” Matologes were like marriages with pirates- usually those of two males. Keep in mind, they were pirates who went to town and raided their loot with no wives or other partners. So, they had to marry each other.

Thankfully, it isn’t as bad as people make it out to be. Under a matologe, pirates did everything. They shared loot, led ships together, and everything else that pirate lovers do.

The Vikings were also a very interesting case. Traditionally, when Vikings got married, they were to exchange swords. A Viking husband would break into their father’s crypt, steal his sword, and give it to their wives when they got married. The woman, in return, would give the husband a brand new sword. The wife then keeps the sword until her husband dies, so the husband could have it with him when he dies and gets buried.

However, they also had things similar to pirates and their matologes. Except, they weren’t pirates and it wasn’t called matologes. It was just called marriage, just like now, between two men.

Back in the days of the Renaissance, there were a lot of humors and accusations of most of their artists being gay or bi, but were not discussed until several centuries later So, how gay was the renaissance era? Well…

Let’s start with the obvious.

Leonardo Da Vinci was one of the most, if not the most well known artists during this era. He was the one who painted the Mona Lisa after all, but this isn’t where it ends. Leo’s sexuality was far more secretive than anything else in his personal life.

Unlike some popular historical people from this era, Leonardo didn’t do anything that screamed “straight” or “gay,” such as sending love letters or sharing a bed with someone. However, there was an interesting case involving him doing something HIGHLY illegal, and is yet to be proven either true or false.

A case was discovered that involved the famous artist and two of his “close friends.” which supposedly involved a male prostitute.

Yep, that is where Leo’s case ends. What about the other artists?

Michelangelo is an interesting case. I mean, he made a living off of painting nude guys on a ceiling. How can he not be a little gay? Well, you’d be surprised. His sexuality has been also a hot topic for a while, and a case appeared that Michelangelo was arrested not once, but TWICE for homosexual activity, back when it became illegal in Italy.

Then, there’s William Shakesphere himself.

William’s sexuality has been a hot debate for years, decades, and a full century. The more lenient case here was that he was bisexual. Mostly because of the popular poems he supposedly wrote and published by others when he passed. Mostly involving someone with the name of “Fair Lord.” The real name of him and his identity is unknown, but all the poems could be described as “interesting” to say the least.

Most of his poems could be described as the following.

"So is the time that keeps you as my chest, / Or as the wardrobe which the robe doth hide, / To make some special instant special blest, / By new unfolding his imprisoned pride."

And for your information, the reference to “pride” is talking about a man’s private parts. I can’t make this up. The 15th century was definitely interesting.

Modern Day: Those Who Served the House

Famous people and the presidents have definitely experienced things like homosexual behavior. While I can go on and on talking about famous musicians and artists and others people who are gay, I think it’s best served as a different article, since there is definitely A LOT.

Since we had four years of a homophobe in office who tried to illegalize same-sex adoption, there have been cases of a few of the presidents who were homosexual. So, who are they?

Supposedly, the one president who never married was James Buchanan, and supposedly had a close relationship with vice president William Rufus King, and they lived together on and off for about 16 years until William’s death of tuberculosis in 1853. But before he passed, James wrote this letter to a friend, possibly him. And I quote:

“I am now ‘solitary and alone,’ having no companion in the house with me. I have gone a wooing to several gentlemen, but have not succeeded with any one of them. I feel that it is not good for man to be alone; and should not be astonished to find myself married to some old maid who can nurse me when I am sick, provide good dinners for me when I am well, and not expect from me any very ardent or romantic affection.”

Who would’ve thunk it- the only president who never married was the one who sent letters craving male affection? How surprising…

Other rumored possibilities for homosexual presidents are pretty low, but there do exist rumors of J.F. Kennedy having a male partner at some point. The same goes for Abraham Lincoln as well.

You can’t deny some the impact these people made who have had male lovers. Although their sexualities have been debated, that doesn’t excuse their power over the mediums they were in. As more and more cases of homosexuality come out, the more normalized LGBTQ+ behavior seems throughout society. 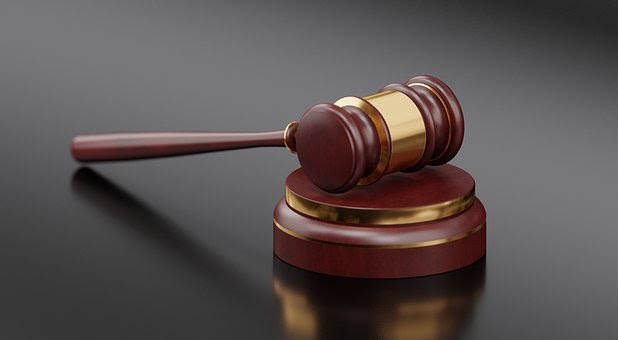